Sinead McCarthy, a native of Drimoleague in West Cork, joined the team at The Brehon in 2014 and had since progressed through the ranks as Food and Beverage Manager, Operations Manager and Interim General Manager before being promoted to the senior role of General Manager earlier this month.
Sinead studied hospitality management in CIT and GMIT and more recently, received a Higher Diploma in Human Resources from University College Cork. Prior to joining the team at The Brehon, she worked at Carton House Resort and Spa and also at Dublin’s Gibson Hotel.
In 2016, Sinead was awarded Hospitality Manager of the Year in the food and beverage category from the Irish Hospitality Institute. The panel of judges commended her hard work, leadership skills and her ability to implement strategies to achieve revenue growth. She is a member of SKAL Kerry and is also an advisor to the Killarney Tidy Towns Committee on green hospitality.

“I am honoured to have been promoted to the role of General Manager, The Brehon is a truly unique hotel where the emphasis is on delivering exceptional customer service in exceptional surroundings. I love working in the hospitality industry and have learnt a great deal in my various roles. I look forward to working with the team to deliver the best in class experiences that our customers expect,” said Sinead McCarthy, General Manager at The Brehon.

Opened in 2004, The Brehon is an award-winning four-star hotel. It is part of The Gleneagle Group which represents a selection of Ireland’s best known and most highly regarded holiday destinations including The Gleneagle Hotel and Apartments, The INEC and Scotts Hotel in Killarney as well as The Maritime Hotel in Bantry and Sheen Falls Country Club in Kenmare.

“Sinead has a natural flair for hospitality, this combined with her drive, diligence and dedication to her work has resulted in her progressing though the ranks faster than any manager in the history of The Gleneagle Group. We wish her well in her new role,” said Patrick O’Donoghue, CEO of The Gleneagle Group. 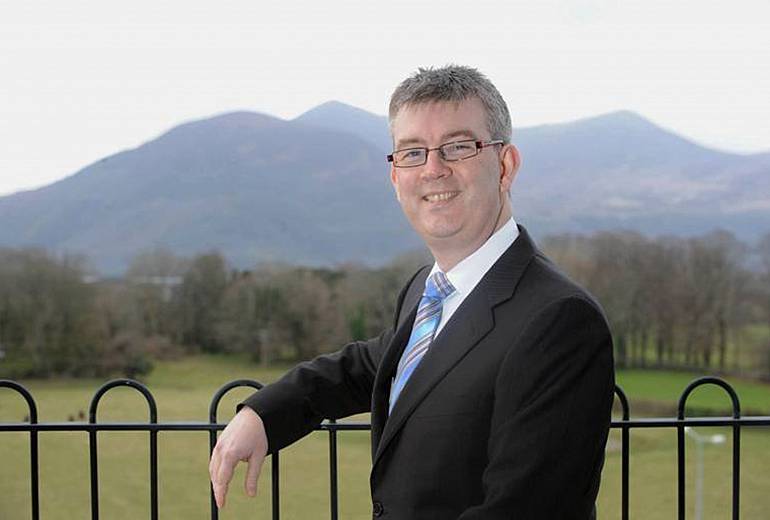