The Gleneagle Group Cleans Up at IASI Awards 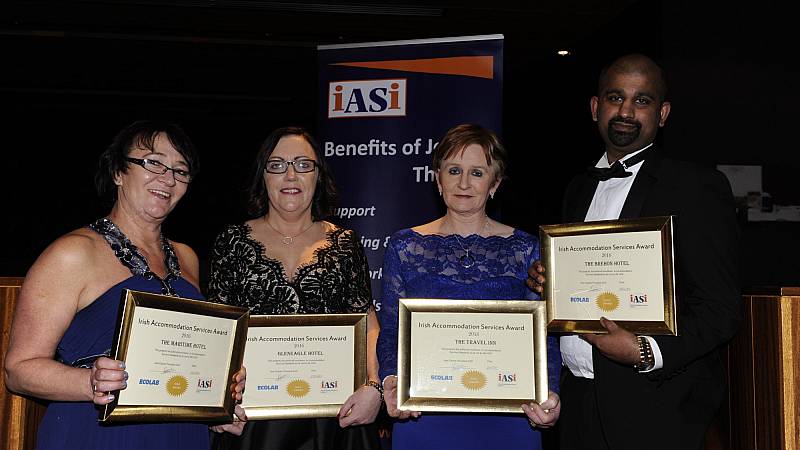 Each hotel was inspected by a member of the Irish Accommodation Services Institute (IASI) adjudication panel in the months leading up to the awards ceremony and the excitement reached fever pitch when all four hotels were named as finalists. All four hotels were then represented by their Accommodation Managers at a swish gala banquet in The Clayton Whites Hotel in Wexford recently.

The (IASI) Irish Accommodation Services Institute is a national body representing the professional interests of the accommodation industry throughout Ireland. Its primary role is to promote best practice standards across the accommodation field. It also provides a forum to meet and network with other professionals in this particular field of work. 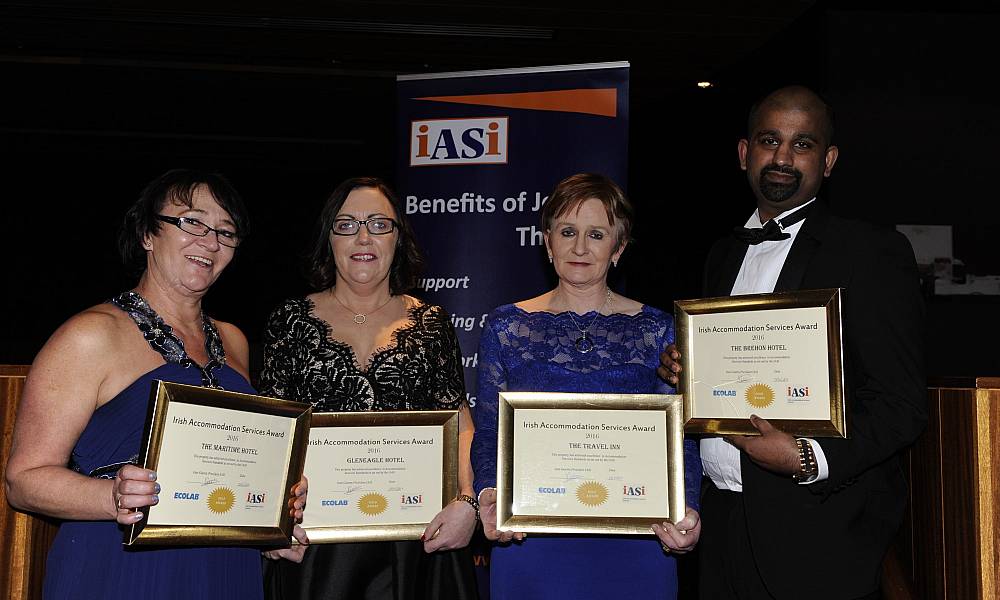 “We are very proud of our entire accommodation team, this is the best result we have achieved at the IASI Awards to date,” says Noreen O’Gorman, Executive Accommodation Manager for The Gleneagle Group. “Our guests expect and deserve the highest standards of cleanliness and we work very hard every day to ensure that this is what they get.” 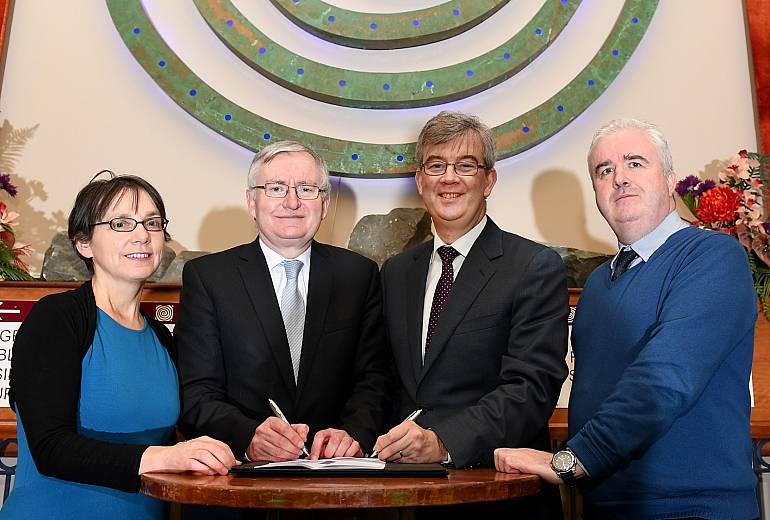